City of Surrey loaning out life jackets to reduce drownings

Swimming in Surrey is about to get a little safer this summer.

The city is launching a water safety initiative focused on getting more people into life jackets to reduce the likelihood of drowning. Starting July 30, swimmers at Surrey's Crescent Beach will be able to borrow a life jacket for the day for free from the lifeguard on-duty.

Anyone who owns their own life jacket can also drop by any indoor or outdoor city pool and a lifeguard there will make sure it fits the wearer properly.

Jeff Holland, community and recreation services manager for the Town Centre of Newton in Surrey, said the city's plan is not just to keep people safe this summer, but to open up conversations between lifeguards and the public about water safety. Holland also hopes to change some people's perceptions about life jackets.

"I think there's a misconception that life jackets are bulky, that they get in the way," said Holland, who explained to Stephen Quinn, the host of CBC's The Early Edition those made today are "very streamlined."

"They're made for water skiing and active sporting, so they're comfortable, and they should be worn all the time," said Holland. 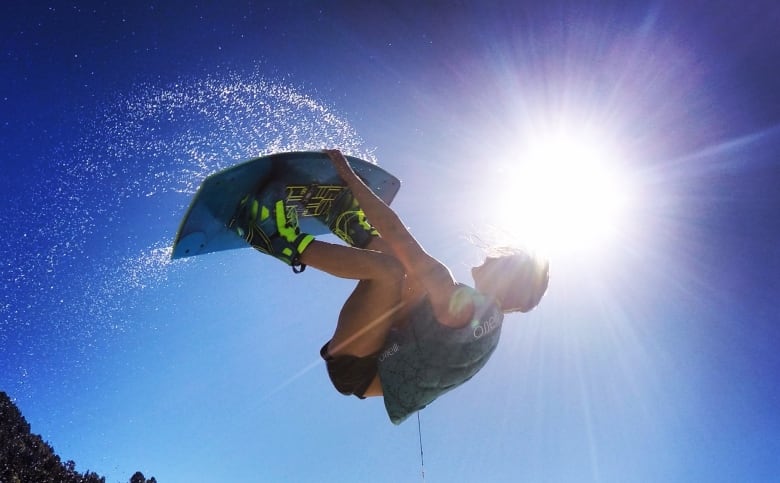 A professional wakeboarder wearing a life jacket. Modern life jackets are no longer the bulky ill-fitting stereotypes of the past. (Melissa Marquardt)

He said another misconception is that life jackets are only for kids and that young men aged 15 to 40 tend to engage in risky behaviour on the water without taking necessary precautions.

"Those close to these men need to emphasize the importance of not taking risks around water and wearing a life jacket when boating," said Dale Miller, executive director of the B.C. and Yukon branch of The Lifesaving Society in a statement.

Holland says it is essential to reach people when they are young, so they make smart decisions moving forward.

But parents, he said, should not depend solely on life jackets to protect their kids.

"Young children should be within arm's reach at all times near the water, and the life jacket is there as a support but nothing replaces that active supervision," said Holland. 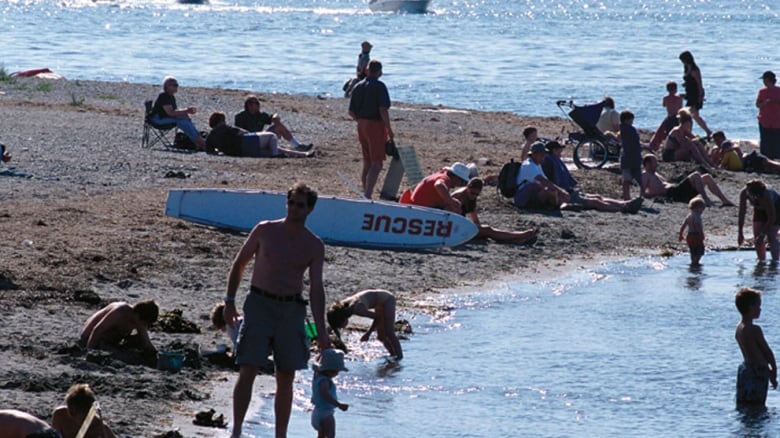 People enjoying the water at Crescent Beach in Surrey, B.C. (City of Surrey)

According to the Lifesaving Society of British Columbia, over 90 per cent of children drown, because the person supervising them is absent or distracted. For adults, the majority of drowning fatalities were the result of not wearing a life jacket.

"Tragically, most of the drowning deaths that occur in B.C. happen during the summer months," said Lisa Lapointe, B.C.'s chief coroner in a statement. "Many of these deaths could have been prevented had a personal floatation device been worn."

The life jacket loaner program launches July 31 at noon. Free life jackets will be available while lifeguards are on duty, between 11 a.m. and 7 p.m. PT.