Vancouver Island cancer patients won't have to travel to the Lower Mainland to receive a PET or CT scan anymore.

The B.C. government has announced the new Gordon Heys Family PET/CT (positron emission tomography/computed tomography) scanner suite is open at the B.C. Cancer Centre in Victoria. In a news release, the province said the project cost $6.5 million and is the first publicly funded scanner outside of the Lower Mainland.

"Last year, more than 1,900 Island residents had to travel to Vancouver to receive their scans," said Health Minister Adrian Dix in the statement.

The suite is named after Nanaimo resident Gordon Heys, who donated $2 million to the B.C. Cancer Foundation. The province said this donation is the largest private gift ever donated in support of B.C. Cancer in Victoria.

PET/CT scanners provide precise images of abnormal or cancerous cells, which can help doctors diagnose cancer at an early stage, according to the province's statement. It said the scanners also help evaluate the effectiveness of treatment by figuring out if a patient's tumours have shrunk, spread or returned.

"Approximately half of British Columbians are expected to receive a cancer diagnosis in their lifetime, and timely, effective diagnostics are a critically important part of cancer care and treatment," said Premier John Horgan. 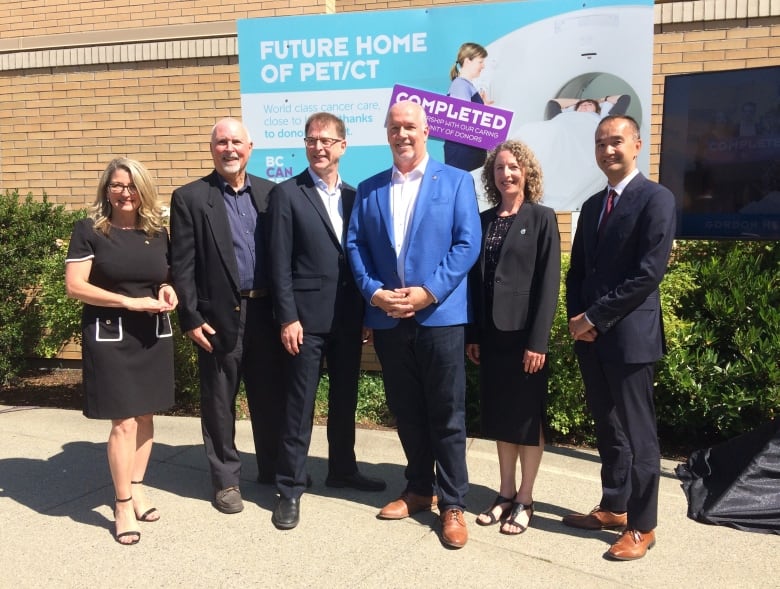 Part of the bigger plan

Since launching the strategy last year, the government said over 10,000 more MRIs were delivered in the Vancouver Island Health Authority which is an increase of 28.2 per cent from the previous year.

It said once the service is fully operational, the new PET/CT scanner is expected to provide over 2,200 scans per year.